“She took a folded postcard from her handbag.

–Read that, she said. He got it this morning.

–What is it? Mr Bloom asked, taking the card”

“Postcards of Our City” 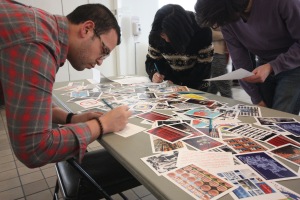 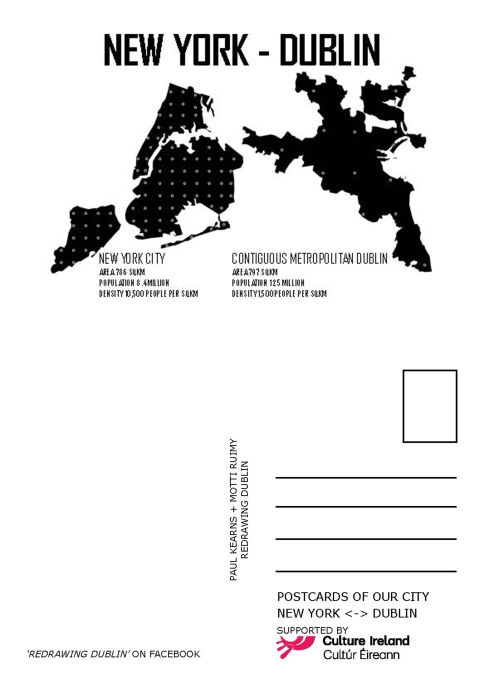 The written postcards will be sent to 1,000 home addresses that we have chosen at random from the Dublin phonebook. The postcard images represent an eclectic range of self contained vignettes or observations on Dublin City taken from our book “REDRAWING DUBLIN” (Published in 2010 Gandon Editions).

“…a grounded and questioning work by an architect and a working planner, that transforms the same graphic medium into a significant and thoughtful contribution to the debate about the city….” – Niall Mc Cullough review (Review of REDRAWING DUBLIN – Architecture Ireland March 2011)

“…..this is a multidimensional directory on ‘speed’ which critically, imaginatively, and unapologetically presents a ‘warts and all’ picture of our capital…the books needs to be seen as a contributor to a radical action plan and change agenda, and not consigned to an aide memoir as to how Dublin was, and Dubliners were,  – no more bullshit” – Sean O Laoire (Review of REDRAWING DUBLIN – Irish Arts Review Summer 2011).

Using the medium of photography, mapping and graphic design, the postcards endeavour to deconstruct the urban psyche of Dublin, and in so doing open a window on the architecture of everyday city life of Irelands ‘largest’ city.

This is the second “Postcards of our City” participatory urban exhibition. The first was held in Dublin City October 2012, when we invited the residents of Dublin to write their thoughts about their city on a postcard to the residents of Tel Aviv. The postcard imagery was drawn from a body of work titled “The Seamless Neighbourhood – Redrawing the City of Israel” which Motti Ruimy and Paul Kearns intend to publish as a book in 2013. “Postcards of our City” Dublin – Tel Aviv was launched Minister of Education Ruairi Quinn T.D. and the Dublin City Architect Ali Grehan. “Postcards of our City” was included in the “open Minds” section of the OPEN HOUSE DUBLIN 2012 Programme. 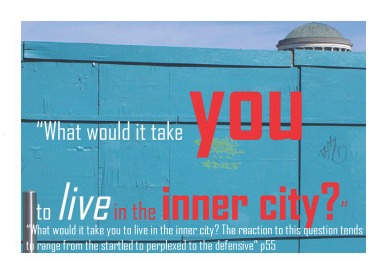 “Postcards of our City” is part research, part exhibition. The traditional postcard is, if nothing else quintessentially about the storytelling of place. The postcard is both “an icon” of place and “an act” of communication, a brief written message that momentarily travels physically through space for some days often weeks and occasionally years. The postcard is a privately written message yet one that is “open” for others to read. It is simultaneously a private act, and an act of public display.

In “Postcards of our City” we playfully recreate the fundamental principles of the postcard itself, namely that the image, its writer and its origin of destination are all to be found in the same place, that they share – before the postcard is posted – a necessarily commonality of space. 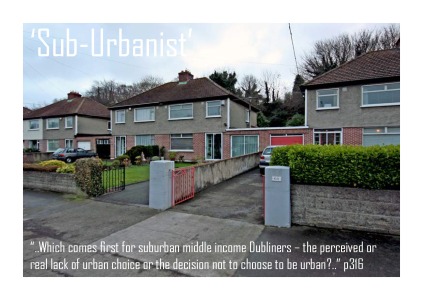 In an era of instant and “invisible” electronic messaging, an immediacy that collapses time and space, “Postcards of our City” celebrates the simple act of writing and sending a postcard. Both the writer and reader are encouraged to reflect upon the nature of the communication between the two cities and on the anonymity between sender and receiver.

This entry was posted on March 28, 2013 by Redrawing Project in Events, Exhibitions, Redrawing Dublin.